Posted at 16:26h in Uncategorized by Chef Mark Tafoya 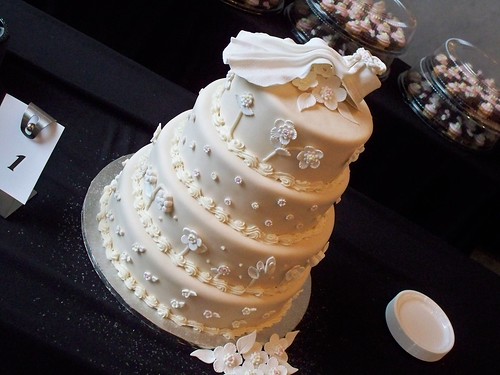 I was very honored to be asked to be a judge for a great event in Philadelphia, which took place on Tuesday, April 14th. “Let Them Eat Cake” was a benefit for the City of Hope Cancer Center, and was held at the Loew’s Philadelphia Hotel.

If you’ve ever watched a cake competition on TV and said to yourself “I would love to judge that”, you may be surprised at just how difficult it is! Even only taking one bite of each cake, you end up eating from more than 30 different cakes! Among my fellow judges were many of the top cake and pastry folks around, including Cookbook Author Aliza Green (who has been a guest on ReMARKable Palate in the past), Personal Chef and Cooking School owner Kathy Gold, Colette Peters of Colette’s Cakes in NYC, and our good friend Monica Glass, the Pastry Princess!

There were SOO many cakes, both from culinary students and wedding cake professionals. As there were so many entries, the judges were split into 3 teams. One group judged the student cakes, and I was on one of the teams that judged the professional cakes. We judged on a number of factors including taste, texture, moistness, and integrity of flavor. We also judged visual elements, including neatness, texture, smoothness of the fondant, exactness of the piping and decoration, and of course, overall visual impact. 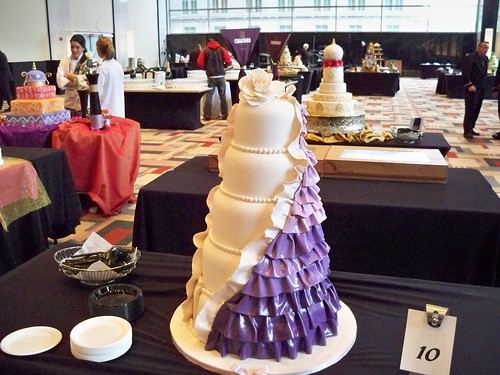 Let me tell you, it was very difficult! Luckily, our judging was made easier in that we had to apply points on a 1-10 scale in 10 different categories, and our total scores were compiled to arrive at the winners, thus relieving us of the arduous task of subjectively choosing our favorite. We let the numbers make an objective assessment of the best cake.
As this was a blind tasting, we had no idea which Pastry Chefs made which cakes, which unfortunately makes it difficult for me to give credit where credit is due, as I’d like to show off some of the cakes which stood out for me visually. 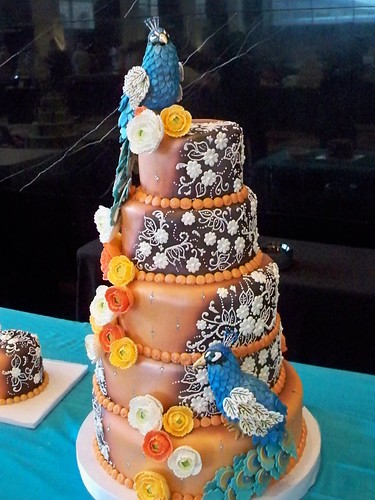 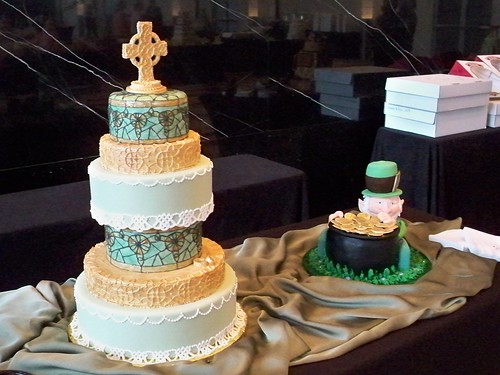 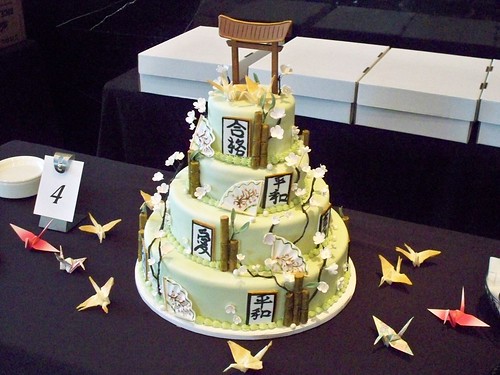 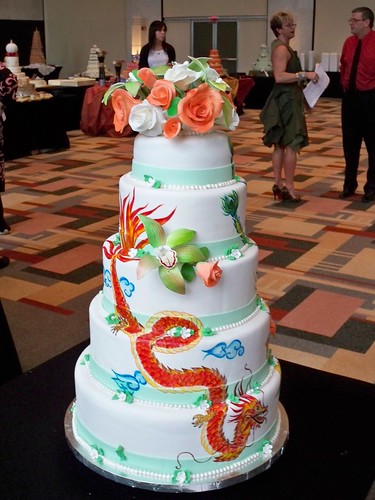 You can see all my photos from the event on our Culinary Media Network Flickr Feed HERE.